I have a lot of interest in theology, layman-philosophy, and history. I also read fiction sometimes. Here are some titles I have recently read (this list will keep changing) and would recommend:

I am currently reading Augustine’s masterpiece “The City of God”, which was written as a rebuttal to Roman pagans who blamed Christians for the fall of Rome. This book also emphasizes the fact that Christians are not of any earthly city, and that our identities are not defined by political affiliations.

Two books I recently read but would not really recommend are “1984” and “The Master and Margarita”. Much of 1984’s content is widely known today as a consequence of the fall of the USSR and the dissemination of information about the repression of freedoms in communist countries, and what is not known is not very interesting. Most of the book reads as a lecture, not a story. “The Master and Margarita” has been hailed as a classic of Russian literature, but I believe much of its charm lies in its use of the language, and this charm does not shine through as clearly in the English translation.

Some authors who have profoundly shaped my worldview include C.S. Lewis, Augustine (and then Calvin, John Piper, and R.C. Sproul by Augustinian theology), and Philip Yancey.

When I was younger, I completed Enid Blyton’s series on the Secret Seven and the Famous Five, and would highly recommend them to you if you are of the school-going age (though why you would be in an obscure graduate student’s site and reading this if you were is beyond me ;)). I also have read through Agatha Christie’s Miss Marple and Hercule Poirot series, and the Perry Mason series as well. These are great detective series, and would definitely recommend them in you’re in the mood for a light read. 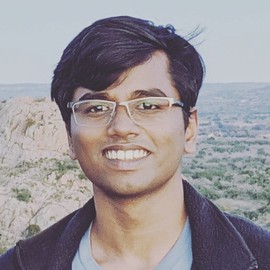